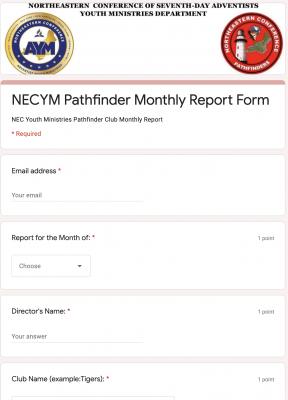 Early morning on Monday, July 13, 2020, I drove up to work with the Adventist Community Services (ACS) teams from Northeastern and Greater New York conferences. This day had been in the planning for about two months, when ACS (local, conference, union, and division leadership) began discussing our need for food with City Harvest, one of the region’s largest food banks.

ACS has approximately 100 pantries operating in New York’s five boroughs, and they currently distribute food two to three times each week. This work has led those suffering through COVID-19 to flock to the food pantries at a level we have never seen with thousands of people taking advantage of these services every day the ACS pantries are open. The use of these pantries had led to our ACS teams running out of food to give away, and some centers were not able to open because of a lack of food.

With this backdrop, we began speaking with City Harvest about working with us to meet the observed need. Initially, we’ hoped to get food for a couple of our most active food pantries, however, as we continued the discussion, it appeared there might be an opportunity for us to receive more. We shared the level of challenges we were facing and sent them a listing of all the pantries we had operating in New York City. When City Harvest saw the magnitude of our operation and the number of people we were assisting each week, the told us the topic would need to be presented to their board. This led to the current offer of 12 pallets of food delivered to one location each Monday between the hours of 9 a.m. 12 noon.

So I arose that Monday at 4 a.m. to ensure that I’d arrive before City Harvest did at our ACS warehouse in the Bronx. I drove past our center at 8 a.m. to see the large bay door completely open and Walter Harris, warehouse manager, already on site moving pallets around to ensure enough space for the delivery.

I parked and walked inside, noticing all the packages that surrounded the warehouse. Products from American Red Cross, FEMA (Federal Emergency Management Agency), UMCOR (United Methodist Committee on Relief), etc., that had been donated during previous events and now sat prepositioned, awaiting the next disaster. Harris and I talked about how things were going in the city, and he spoke of the reception our ACS centers were getting from both the private and governmental sector. The New York VOAD (Voluntary Organizations Active in Disaster) president had reached out to ACS asking if we would assist with receiving goods from FEMA —that is some of what’s temporarily housed in our warehouse. Space is a premium in the city, and the New York VOAD president knew ACS could be counted upon to help others who were also working to serve the community. Harris additionally shared that our local conference leadership was asked to serve on one of the New York City mayor’s special committees dealing with COVID 19, thanks to him hearing about the “tremendous work” of our centers in the community.

We finished the conversation as several other people showed up wearing masks and yellow ACS shirts, excited and ready to work. Jobs were given to the team members and both Luis Biazotto and Mario Augustave, our conference ACS leaders, arrived. We planned how the delivery would take place and how the product delivered would be split between both conferences. The camaraderie and general pleasant attitude of Biazotto and Augustave was good to see and I began to be even more proud of the work we were involved in.

“This delivery means a lot,” said Augustave, ACS director for Northeastern Conference. “Not only to our conference, but to the Greater New York Conference as well. Several of the food distribution agencies at the churches have had to recently buy their own food because they have not been granted approval to receive deliveries by various food banks such as United Way. Our current memorandum of understanding with City Harvest enables us to receive food every Monday until December 31.”

As 9 a.m. passed, the small crowd of about 12-15 people waited in tense anticipation. I began to get a little nervous, wondering if I could have missed anything in the contract or discussion that would prevent the trailer showing up. I called one of the individuals I had been working with at City Harvest to confirm that everything was set. I hoped to get a more definitive time for delivery, however, all she could share was that the delivery trucks took off on time and they would try their best to get to us as we’d planned.

Still at the warehouse, a little past 11 a.m., as I met Adnan Ansari, a man who works with the community in New York identifying innovative ways to begin conversations amongst divergent groups, one of our ACS volunteers rushed into the office and declared, “The truck is here!” I briefly gave a silent prayer of thanks to God and proceeded to the warehouse front.

The 18-wheeler parked on Givan Avenue. The rear door of the trailer opened. For about 45 minutes pallets of food were wheeled off the back of the truck where a forklift was then used to move the pallets into the warehouse. By noon we had concluded the effort and brought everyone together to offer our thanks and gratitude to each of the people in attendance.

“Due to the situation that we are living in now, many people have lost their jobs and have no resources at all. When we do something like this, providing the resources like this, the food, which is a primary need, we are making the difference in their lives,” said Biazotto ACS director for Greater New York Conference. “We always need to consider if we’re making a difference. That is the aspect that we always have to pay attention to. I believe this is the kind of relief that is needed.”

Glad to combine efforts with Northeastern Conference, Biazotto continued, “Some of the churches have been really struggling and this is a good opportunity to help the community in a greater way. By receiving this donation, it will help us help others and that is what makes the difference in our lives — when we become instruments of God, relieving the suffering of people around us. It is a great blessing, honor, and opportunity for us.”

I concluded with a special prayer of thanks. ACS team members then began breaking down the pallets while trucks from various churches took goods for their food pantries back to individual centers around the city that would now be ready to start work Tuesday and Wednesday this week.

Our hope is each Monday will run this smoothly as we continue the relationship between ACS and City Harvest. We hope all will function in a manner that benefits the affected public in and around New York City.

For those who registered but didn’t receive the updated connection information for this weekend, here it is.